Kazakhstan is a transcontinental country located in Central Asia with a smaller portion west of the Ural River in Eastern Europe. It covers a land area of 2,724,900 square kilometres (1,052,100 sq mi), and shares land borders with Russia in the north, China in the east, and Kyrgyzstan, Uzbekistan, and Turkmenistan in the south while also adjoining a large part of the Caspian Sea in the southwest. Kazakhstan does not border Mongolia, although they are only 37 kilometers apart, separated by a short portion of the border between Russia and China. Kazakhstan is one of the developing countries.

MBBS in Kazakhstan is one of the opted destinations for students who want to study MBBS in Abroad, due to the high tuition fee in these regions. Kazakhstan offers a great deal in terms of money when it comes to affordability to the students from not only India but all around the world. Some of the MBBS colleges in Kazakhstan provide hands-on clinical practice for medical students and these particular colleges will also provide students more practical oriented sessions. Some colleges in Kazakhstan have huge hospitals and some colleges have world class teaching faculty in their payroll.

Studying MBBS in Kazakhstan is totally safe for every Indian student, because MBBS in Kazakhstan is recognised by the NMC and the ministry of health department in India. Students only need to pass the FMGE exam in order to practice medicine. MBBS admission in Kazakhstan is a smooth and easy process, the students can apply directly to the selected top medical universities or colleges without any problems. 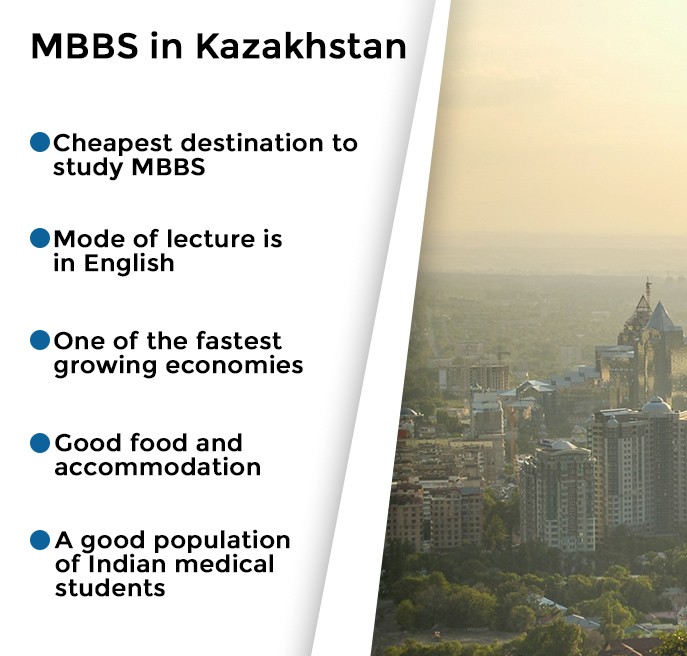 Advantages of Studying MBBS in Kazakhstan

Weather is an important factor for Indian students who want to study MBBS in Kazakhstan. The average weather is 30° in summer & it reduces down to 20° during the wintertime. This weather is still fine compared to other countries & Indian students can easily cope with this environment.

The course is only 5 years in Kazakhstan. This is also a very attractive aspect when compared with other countries which offer long courses. Most of the countries offer their MBBS course for 6 years minimum. The students studying MBBS in Kazakhstan can save a whole year.

Most of the colleges in the country have lectures in English. This is because of the presence of the students from various international communities. The entire curriculum of medicine is carried out in English as an official language for instruction. MBBS in Kazakhstan is taught in English.

In India on an average about 40-60 students are present in a particular class room but when it comes to Kazakhstan only 20 students are allowed per lecture. This helps the teacher to concentrate the lecture on a small population.

Disadvantages of Studying MBBS in Kazakhstan

Kazakhstan is a developing country. The government infrastructures are under development in this country. Most of the medical colleges in these countries are considered new.

Many colleges are present in the outskirts of the country and the clinical exposures are very low in this country. Many colleges use dummies instead of real cadavers to teach anatomy. This is really a lag when we consider gaining true knowledge.

Kazakhstan is a developing country and most of the colleges will be underdeveloped and will have a poor infrastructure. Only very few colleges which have experience in MBBS education for over more than a decade could provide you with a quality education. Most of the students are not fluent in English. So proper research on the college and its infrastructure is very important.

Many consultancies ignore to give you this information about the disadvantages so self research is the best to overcome these prime factors which may affect a students educational career. The main aim of the article is to educate the student about the pros and cons of doing MBBS in Kazakhstan. Some universities might provide top quality education without any of the cons 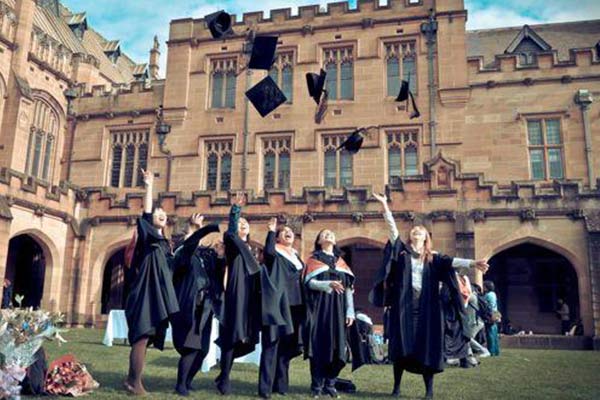 Is it easy to study medicine abroad

Studying MBBS abroad is a great dream for almost all medical aspirants in India. The process will be easy if you could get an in-depth knowledge about getting an education abroad. Some of the factors to consider before choosing a university abroad are. Choosing right... 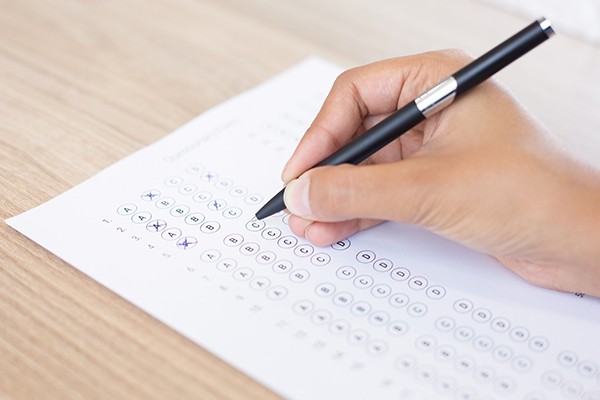 NEET is the ultimate entrance exam for Indian students who wish to study MBBS in India and abroad. Every year, about  15 lakh students attend the NEET exam in India. The student must get really good marks to secure a seat in a government medical college in India. You... 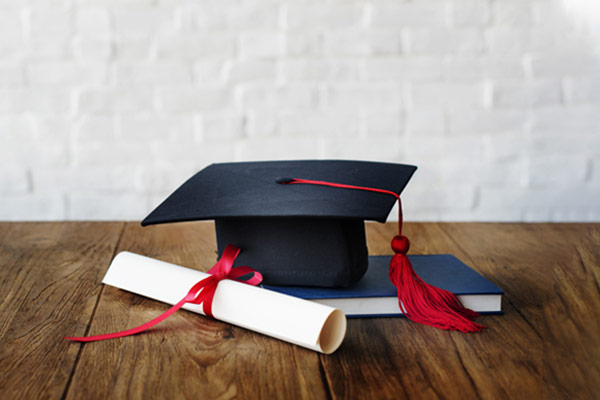 Is medical student possible to transfer from one university to other

Students who choose to study MBBS in abroad countries can change their college or university if they face any issues with their current college/university. They can take advantage of the university transfer facility and overcome the prevailing problems faced during...

Is studying MBBS in Kazakhstan a good choice?

Yes, Kazakhstan is a good destination to study MBBS, but the quality of the educational Institution you are willing to study must be researched before joining.

Is MBBS in Kazakhstan valid in India?

If the student completes MBBS in a MCI recognised medical college in Kazakhstan, then the degree is valid in India. But the student must also clear the FMGE exam.

How much does it cost to study MBBS in Kazakhstan?

MBBS in Kazakhstan could cost you up to 15 to 20 lakhs to complete the full course. Good colleges could charge you more.

Yes, Kazakhstan is a safe country but the students must be careful around unknown neighbourhood. Always travel with all the necessary safety precautions.